Historically, virtual currencies have been viewed as a form of “electronic money” or area of payment system technology that has been evolving over the past 20 years. Over time, these types of innovations have received attention from Congress as well as U.S. regulators. For example, in 1995, the U.S. House of Representatives held hearings on “the future of money” at which early versions of virtual currencies and other innovations were discussed. Vice Chairman Alan Blinder’s testimony at that time made the key point that while these types of innovations may pose risks related to law enforcement and supervisory matters, there are also areas in which they may hold long-term promise, particularly if the innovations promote a faster, more secure and more efficient payment system.

In March 2013, the Financial Crimes Enforcement Network issued guidance to clarify that an administrator or exchanger of virtual currency is generally considered a money transmitter under definitions and therefore subject to BSA requirements?’ The Federal Reserve’s supervisory expectations and guidance related to compliance for bank transactions using virtual currencies have been incorporated into the Electronic Cash section of the Federal Financial Institutions Examination Council (FFIEC) Examination Manual. The overall objective of the guidance and examination procedures provided in this section is to assess the adequacy of a bank’s systems to manage the risks associated with electronic cash and management’s ability to implement effective monitoring and reporting systems. The section further lists applicable risk factors and risk mitigation steps for banks to consider. The Federal Reserve supervision staff has on–going initiatives with the FFIEC member agencies to identify additional areas of concern that require heightened attention by the banking organizations we supervise.

In May 2013, the US. Department of the Treasury (Treasury) named Liberty Reserve S.A. as a financial institution of primary money laundering concern under Section 311 of the USA PATRIOT Act (Section 31l).4 ‘According to the announcement, Liberty Reserve, a web–based money transfer system or “virtual currency,” was specifically designed and frequently used to facilitate money laundering in cyber space. This action also marked the first use of Section 311 authorities against a virtual currency provider.

The statutory language of Section 311 requires Treasury to consult with the Federal Reserve Board when these special measures are being developed and proposed. Therefore, Federal Reserve Board staff participated in coordination and consultation efforts leading up to the designation of the virtual currency provider, Liberty Reserve, under Section 311.

As noted above, the Federal Reserve plans to work with other FFIEC member agencies on electronic cash and related issues such as virtual currencies, as needed, for banking organizations. The Federal Reserve will continue to monitor developments as part of its broad interest in the safety and efficiency of the payment system. We also stand ready to cooperate with other agencies in fulfilling their mandates, as appropriate.

I hope you find this information helpful. 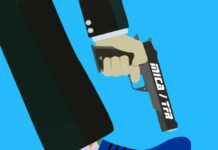 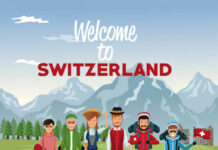 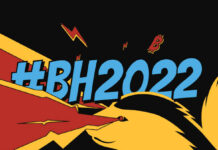